Take control over your permissions by creating custom roles to define who can do what in your workspace.

There are two ways to create a Custom Role: 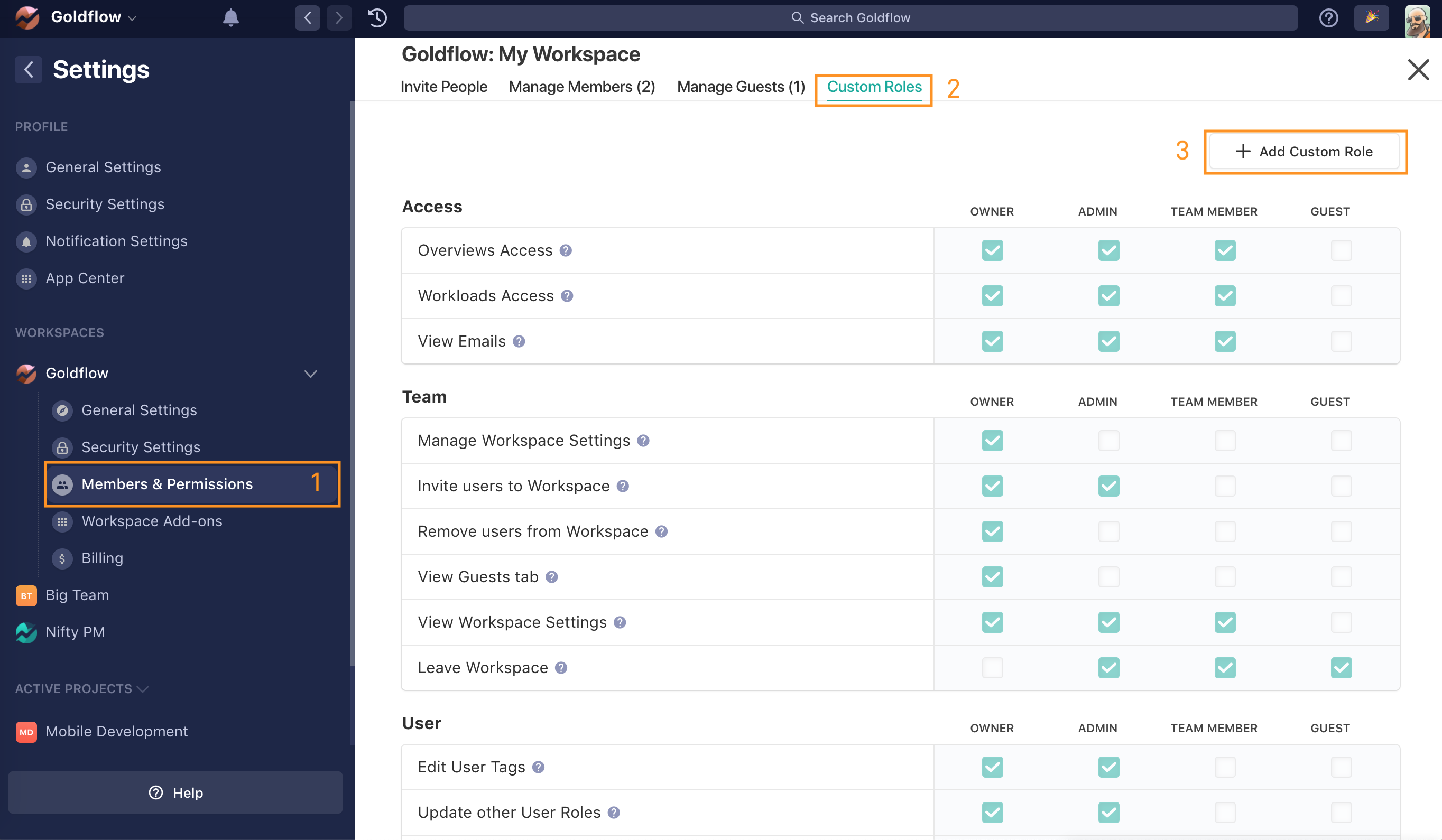 Once you've named the role, simply indicate which permissions this new role should have by ticking the corresponding tick boxes beneath that role. 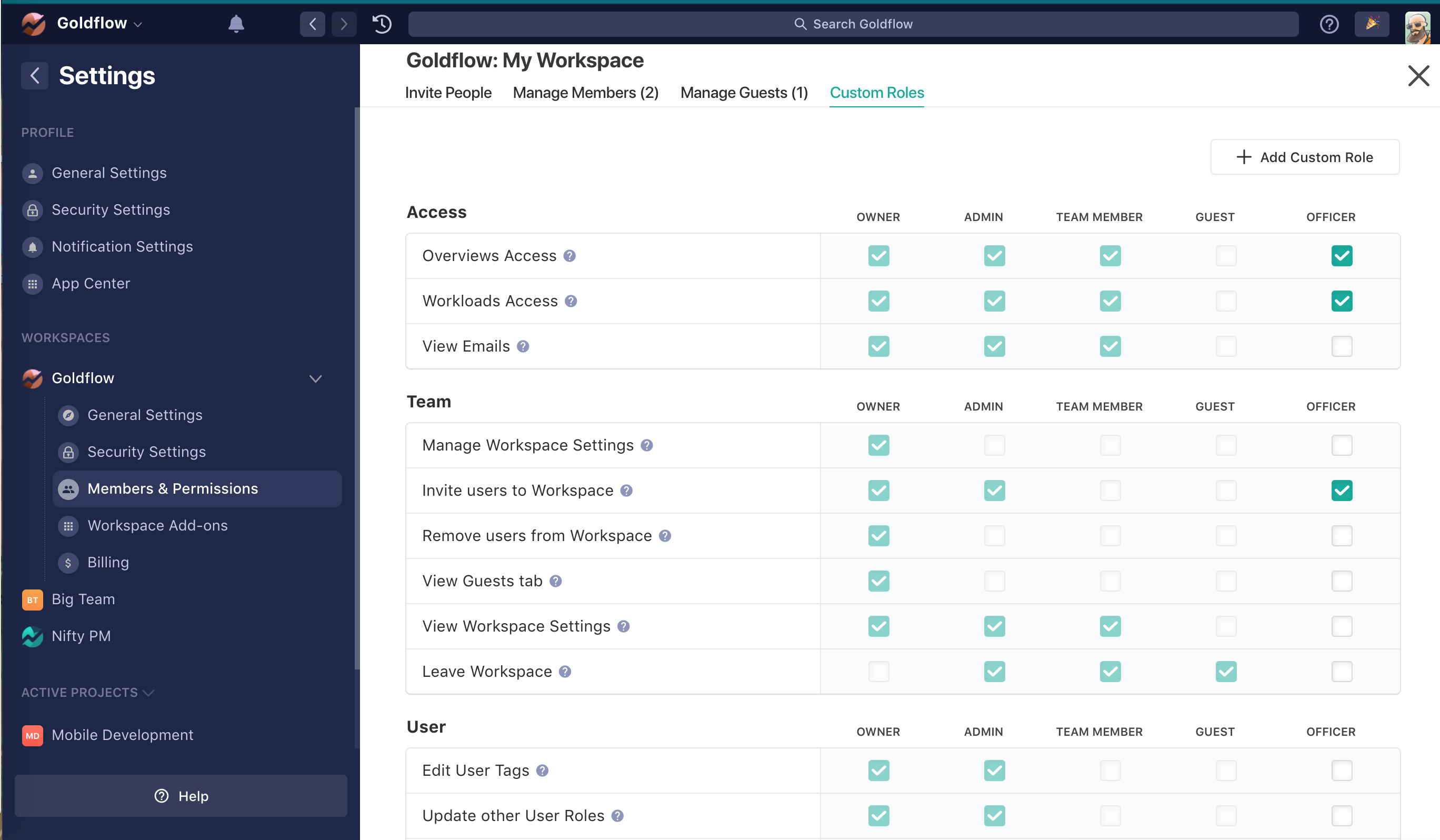 Visit the Members & Permissions section of Workspace Settings. Find the Custom Roles tab, hover over the pre-existing role you'd like to duplicate as a starting point for your new role to reveal the option dot menu. Select the Duplicate Role function in the menu. 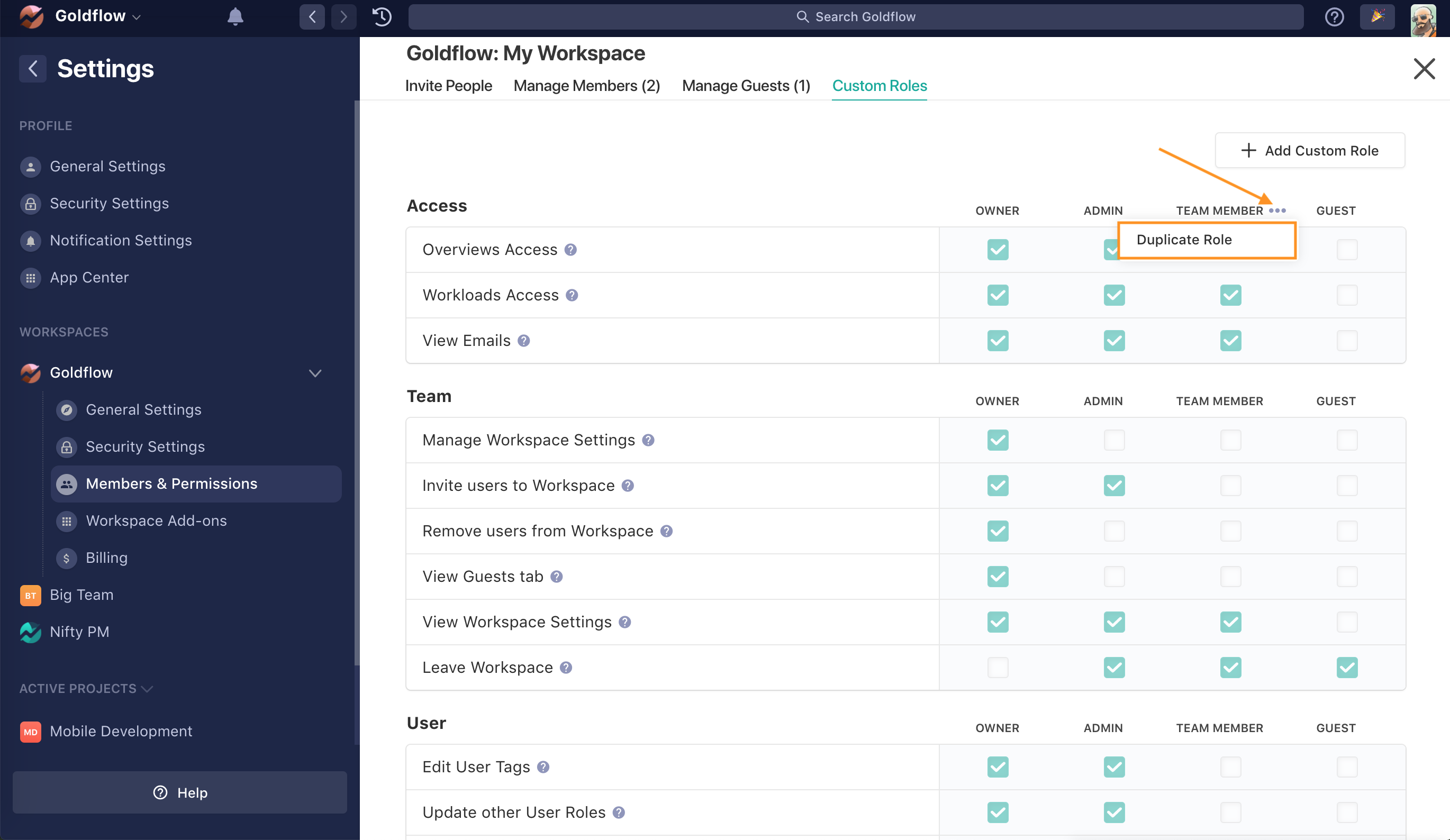 Once the role is named and created, you'll find the permissions are defaulted to the specifications of the duplicated role. From here you can tailor this new role to your specific needs. 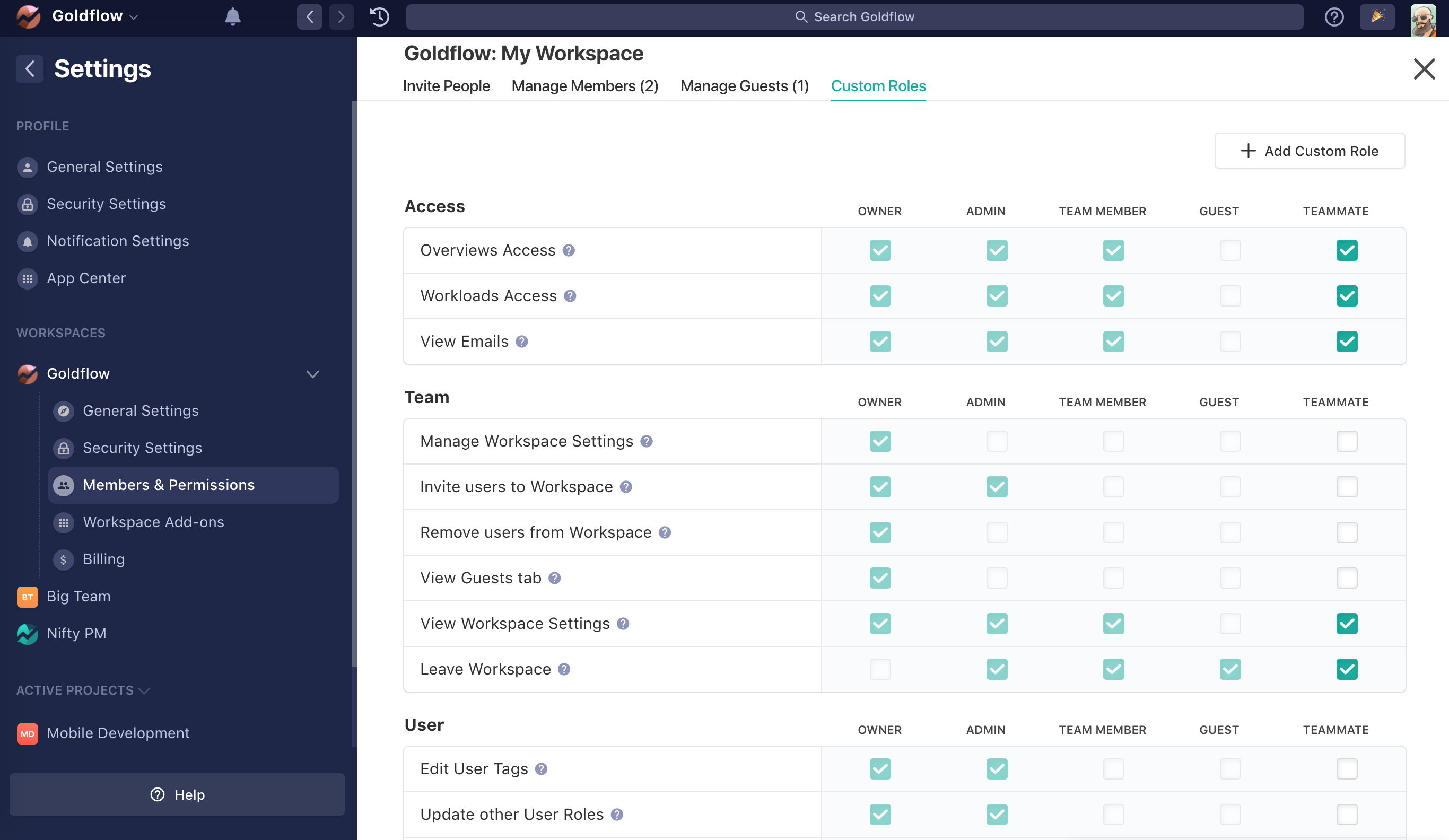 Workspace members and Guests can have their roles adjusted on hover in the Manage Members and Manage Guest tabs respectively. 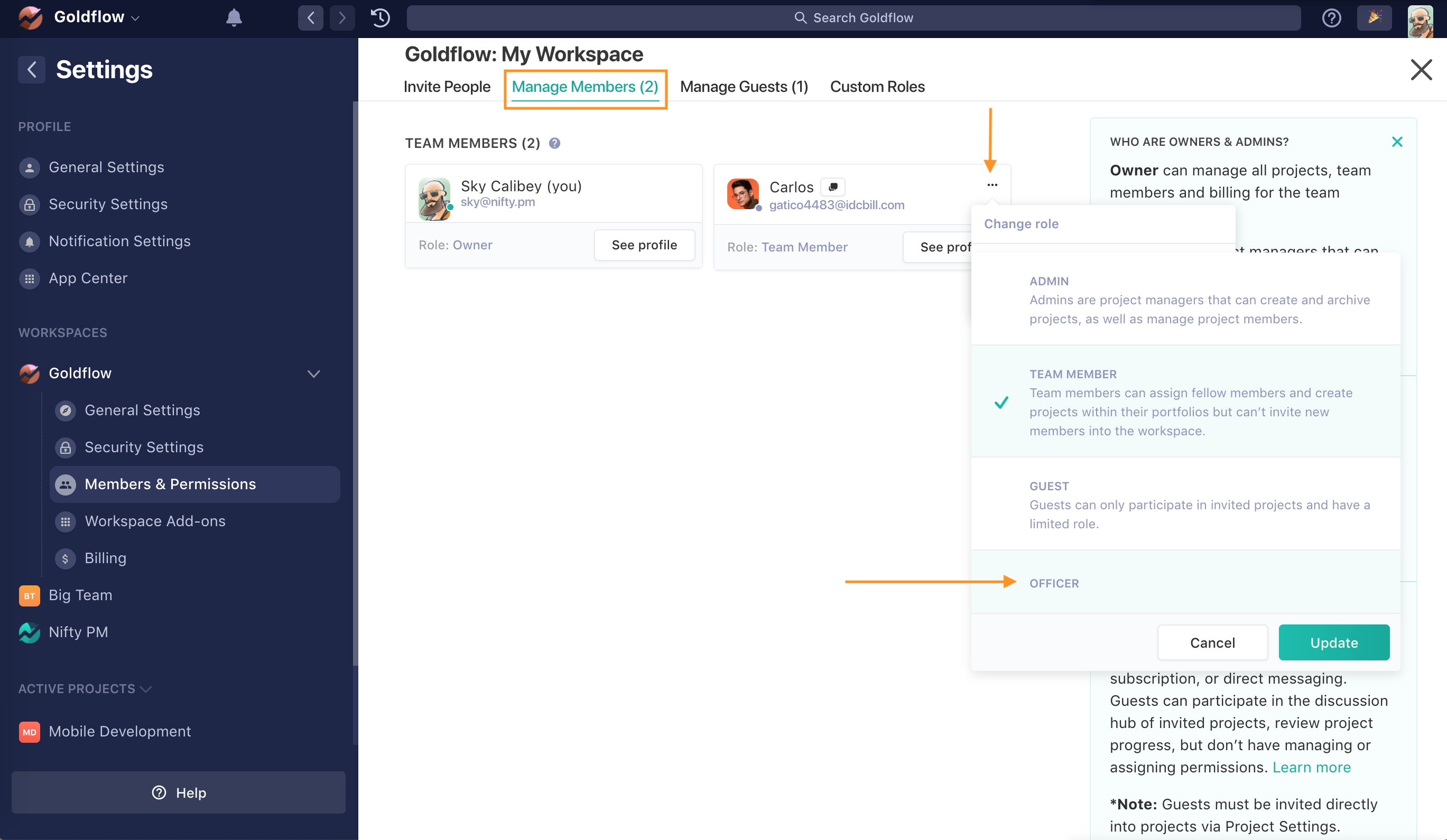 Note: Users in your workspace who are assigned a Custom Role, will automatically count as a seat in your subscription regardless of the role's permissions.

Who can create a custom role?

Only Account Owners may create Custom Roles within a Workspace.

Return to Nifty
Did this answer your question?