Establish a workflow process by blocking tasks that are dependent on the completion of another task.

Along with our Milestone Dependencies, you're able to ensure tasks are completed in a specific order through Task Dependancies.

In order to not conflict with higher-order Milestone Dependencies, a task cannot be dependent on a task tied to a different milestone. 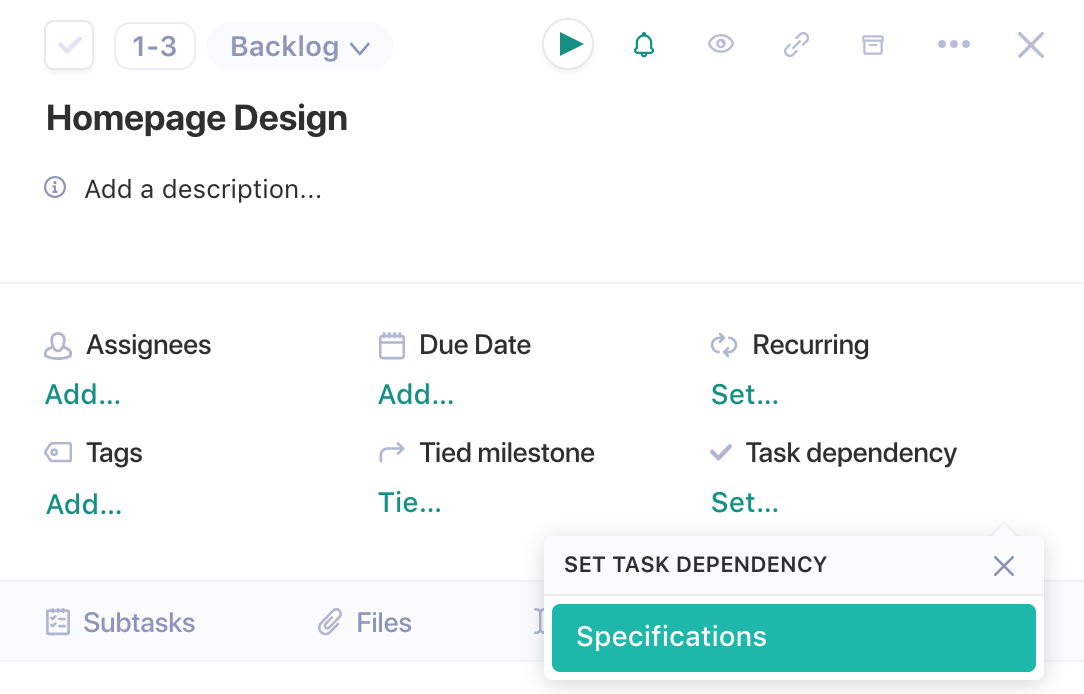 You'll notice your task is then locked and cannot be moved until the dependency task is completed.

Establish cross-project dependencies to block a task until the completion of a task that is part of another project.

Did this answer your question?