How to Use Nifty for Issue Tracking & Bug Management

Arrange your projects and engage automations to ace your bug and ticket management with utmost efficiency.

Whether it's a digital product, a commercial building, or a simple website, developing an effective system to ingest and manage issues is a surefire way to improve your support experience.

Here are some tips on how to maximize Nifty in your support workflow. While our example will be that of software issue tracking, you'll learn the tools and concepts to mold the flow to your exact needs.

Your Statuses on your Tasks screen will outline the lifecycle of a ticket. In the below example, we see Reported → In Progress → QA → Approved → Completed. In this flow, the QA engineer assigned to the QA status will automatically be assigned to any task that is ready for his review. They can then shift it back to In Progress if it fails validation or to Approved if it passes. 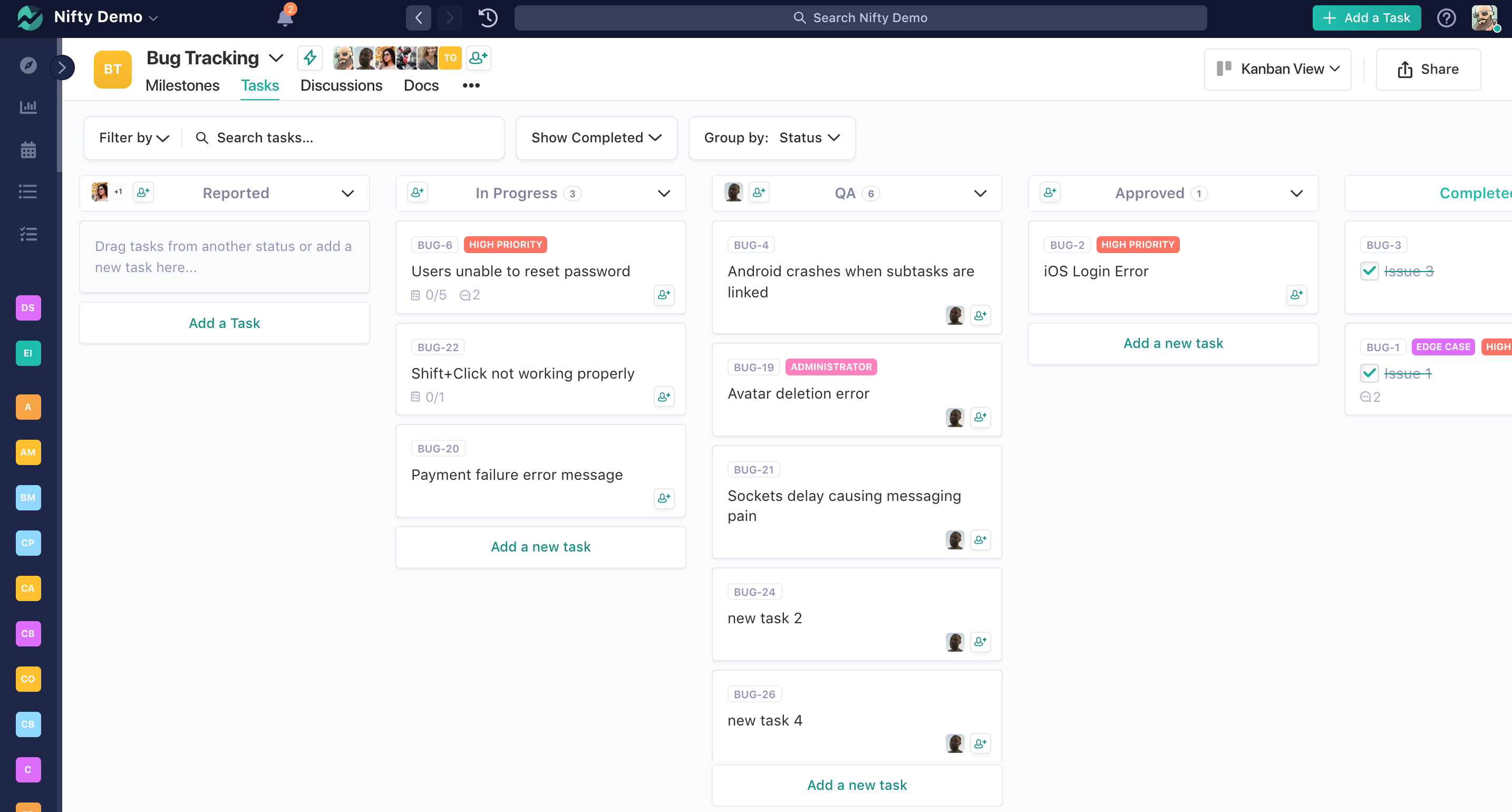 If you have some way that you currently gather tickets, such as a Google Forms, you can create an integration with your intake tool and Nifty to generate a task in your Reported Status of this project via Zapier.

This way, when a ticket is reported, their details are automatically populated as a task inside of the Issue board. As seen in the screenshot above, assigning members of your team to the Reported Status will mean they they are automatically assigned a task when an issue is reported.

If you're looking to create versioned releases of bug fixes, Milestones are a great way to associate which fixes will be associated with which release. This might be the step that exists between moving an issue between Approved and Completed Statuses, as tying a task to a Milestone will give it more context as to when it was completed from a version perspective. 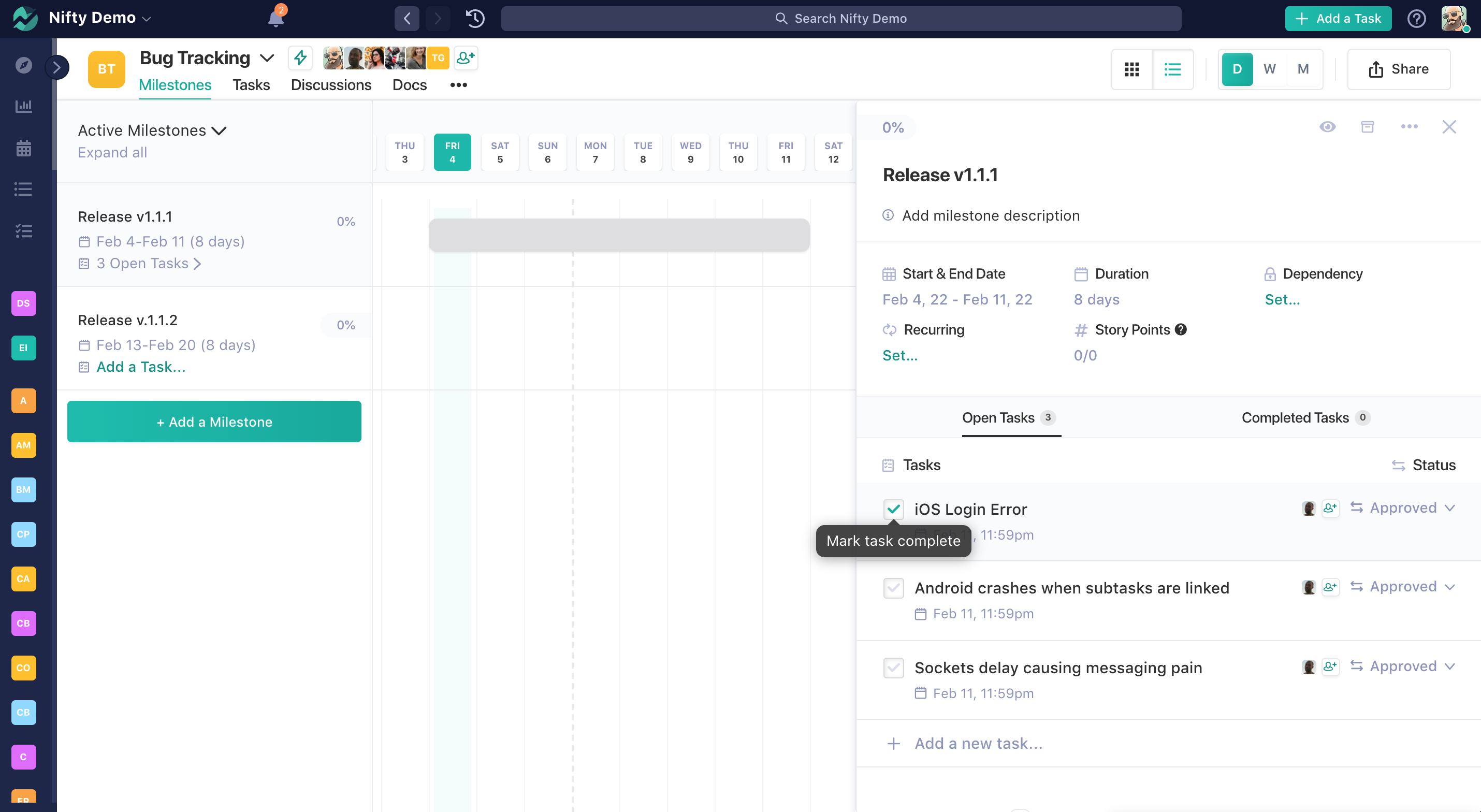 For workflows that don't need to version their fixes, you might remove the "Approved" Status and instead move Tasks directly to Completed.

Go to Nifty
Did this answer your question?